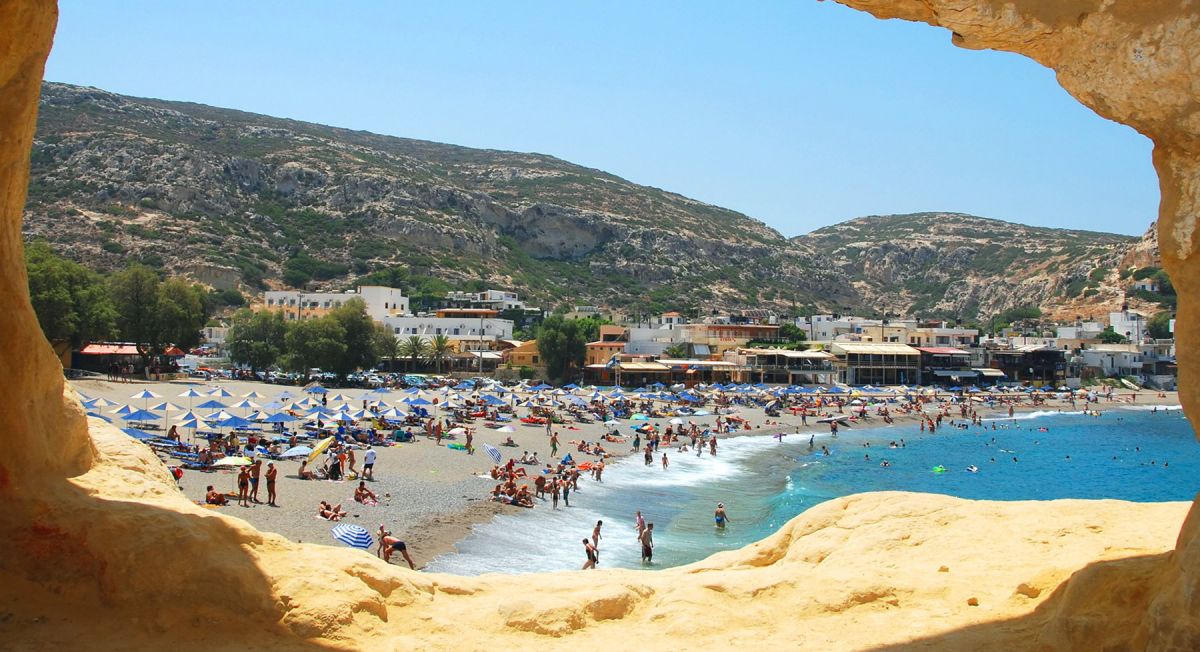 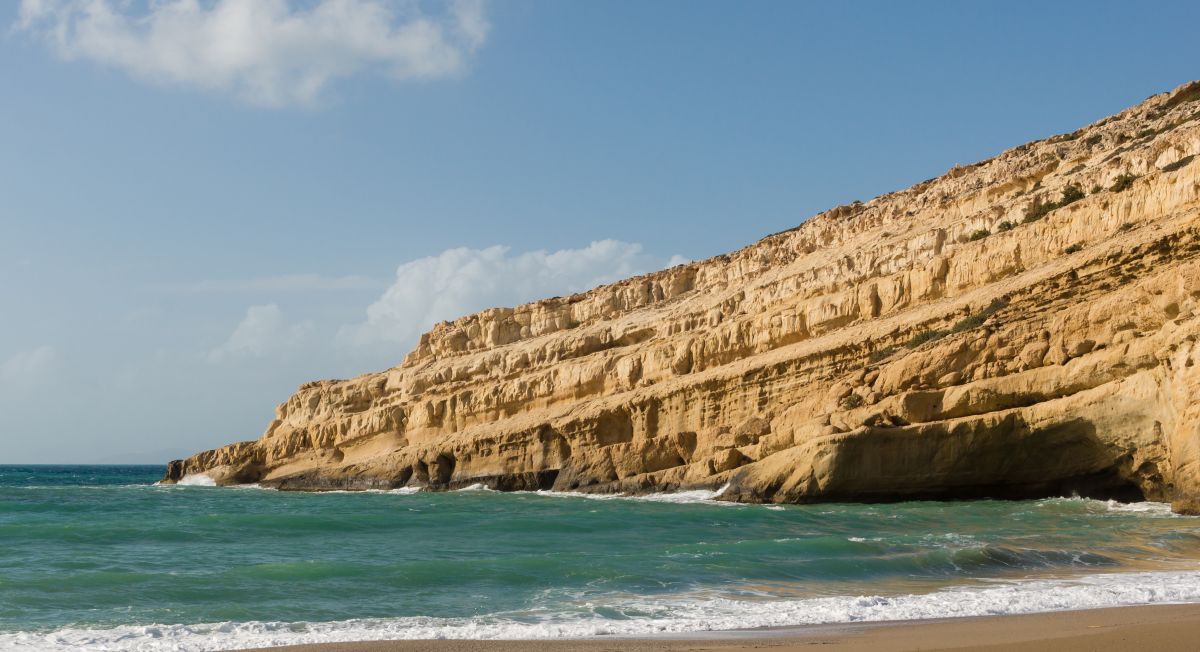 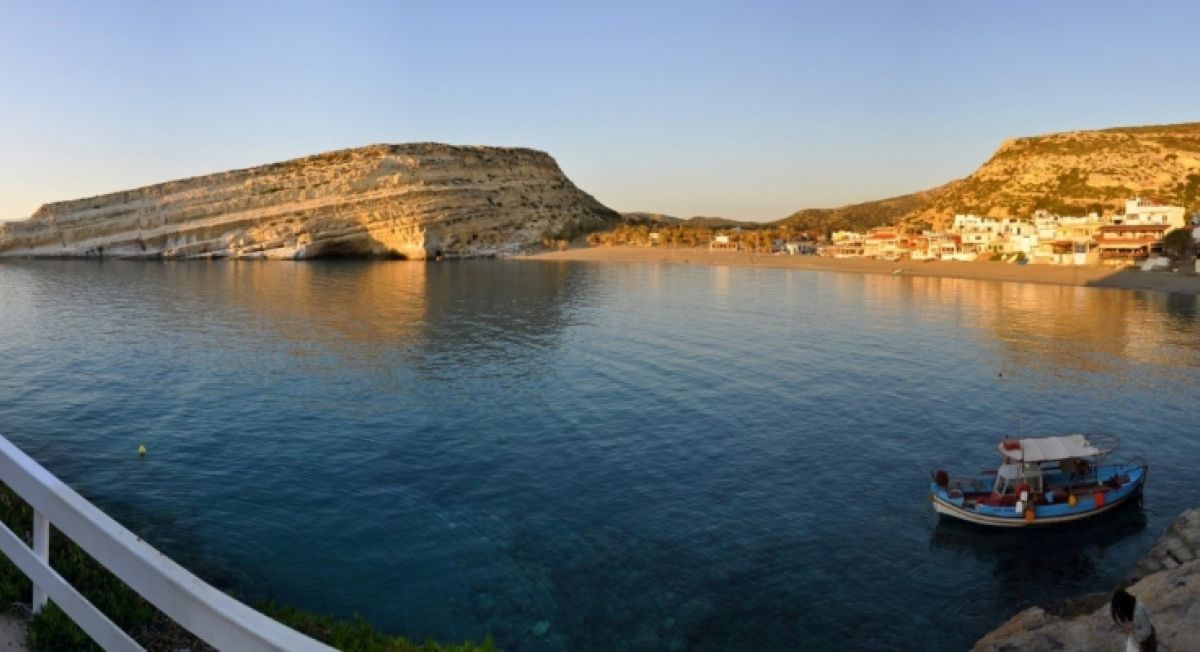 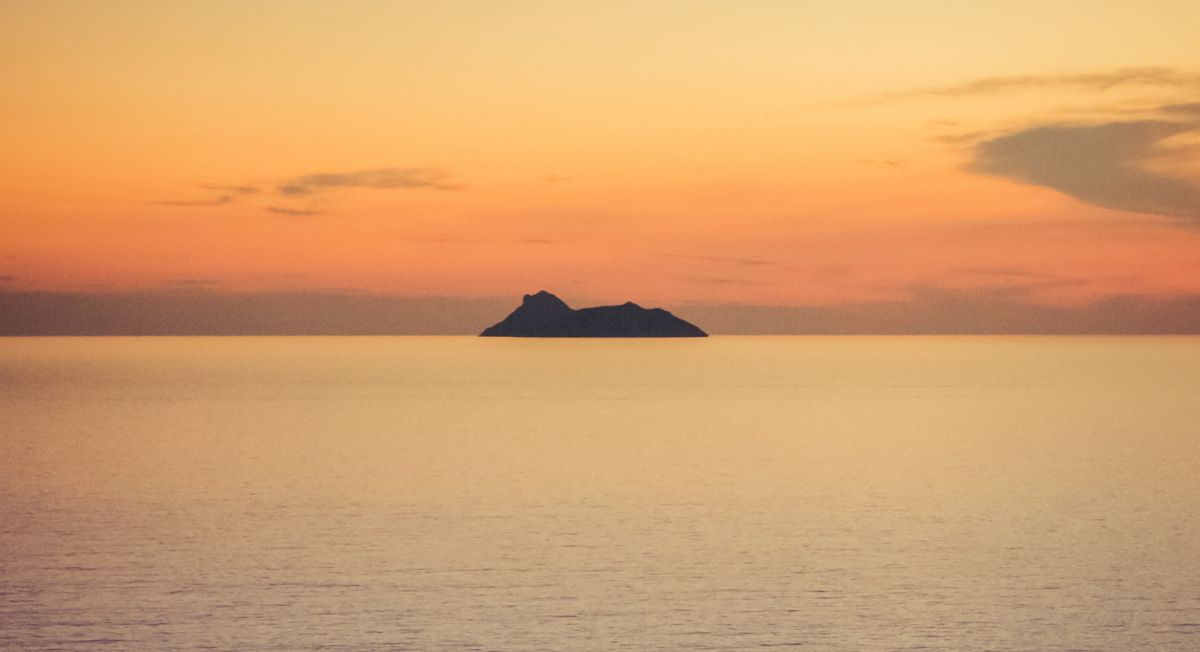 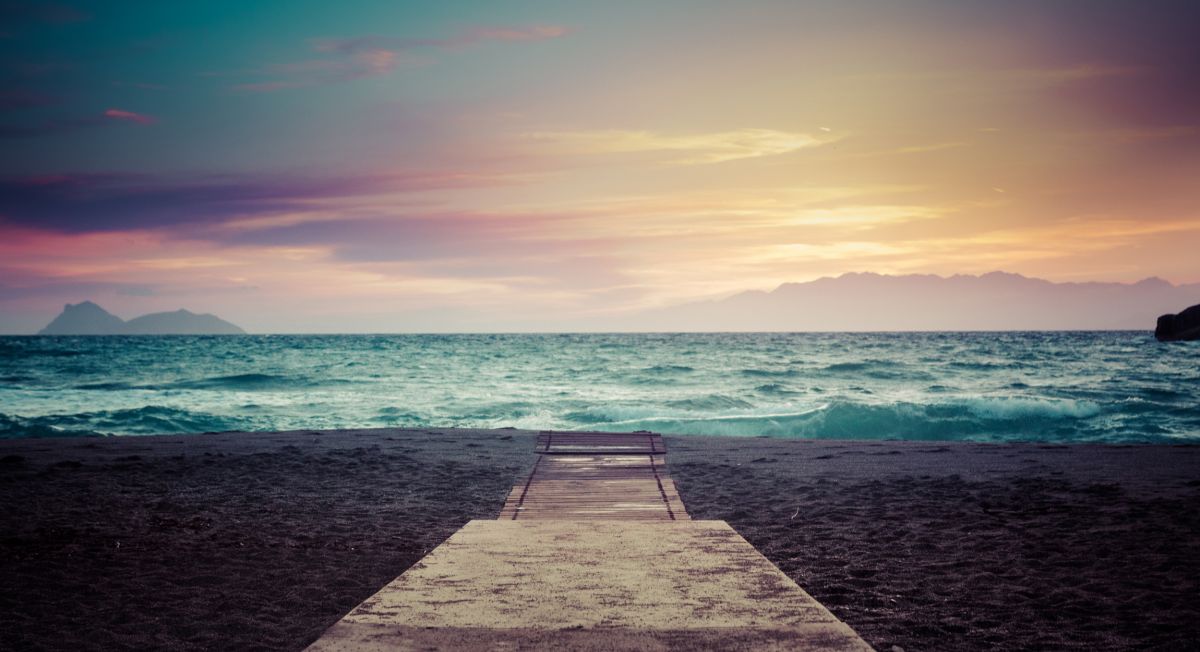 A safe natural harbour on the Bay of Messara, blessed with a gently sweeping sand and pebble beach, the place in legend where Zeus swam ashore in the guise of a bull with Europa on his back. Many people make this village their base for Cretan holidays, as it is so central on the south coast, and away from the over-development of the north coast. The beach is 250m long and 45m wide.

Matala has something for everyone. Although it has become a popular tourist destination it still retains the charm and character of the quiet fishing village it started as at the beginning of the 20th-century, and the laid-back lifestyle of the hippies of the 60’s and 70's lives on. Half the beach is fringed by tamarisk trees, leading the eye on to impressive formations of sandstone rock cliffs with their famous caves sliding into the sea at an odd angle, creating one of the most unusual beachscapes on the island.

There have been many pages of history here. Nobody knows quite who started caves but it seems likely that they were first hollowed out as Roman or early Christian tombs. There are other ruins at the eastern end of the village and if you go snorkelling in the clear waters of Messara Bay there are ancient ruins to be seen in the depths.
Matala it is one of just over 400 beaches in Greece that have been awarded a Blue Flag. This exclusive eco-label is given to beaches that offer cleanliness and safe bathing areas and has strict criteria dealing with water quality, environmental management and safety. There is a lifeguard and first aid facilities, as well as toilets and  showers.

Near the beach are opportunities for learning about environmental projects, such as with Archelon, the Sea Turtle Protection Society of Greece.

The beaches of Matala, Kommos and Red Beach come under Natura 2000, a European Union network of nature protection areas established to assure the long-term survival of Europe's most valuable and threatened species and habitats.

At the beach there are sport facilities as well as activities for children, and if you would like to go further afield you can also rent a car, bicycles and motorbikes.

Yetall this is only 65 km from Iraklion.

Nostos deluxe apartments are situated in a peaceful location in Matala, providing you with the long-desired tranquility and privacy that are essential for ideal relaxing holidays!